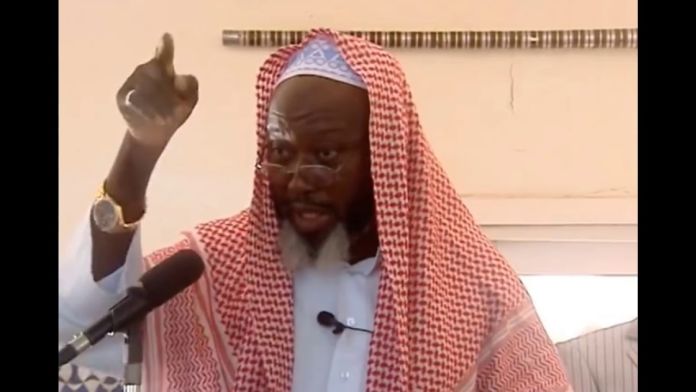 Imam Abdoulie Fatty was today involved in an early back-and-forth as he commenced his testimony at the TRRC.

The former State House imam appeared before the commission days after a number of witnesses mostly religious leaders called him out over his role in either their persecution or ordeal during Jammeh’s rule.

Imam Fatty began giving his own side of the story today but only after a dramatic back-and-forth. It began after he was asked to swear holding the Quran.

“Ya Imam, welcome to the TRRC. Could you please give him the Quran and let him take the oath,” Essa Faal began.

Imam Fatty however replied: “Can I swear without holding the Quran?”

Essa Faal then said: “Well in Gambia, if you take an oath, as a Muslim, you have to do it on the Quran. If you do it as a Christian, you do it on the Bible. If you do not subscribe to either faith, you may make an affirmation. As an Imam, I take it you should not have any difficulty to swear on the Quran to speak the truth.”

Replying, Imam Fatty said: “For us, we swear by Allah, not the Quran. So when we say Muslims, you should also listen to us.”

An insisting Essa Faal responded: “But you can still swear to God holding the Quran which is a central pillar in Islam.”

“It’s a pillar but we’ll set that aside and talk based on law,” Imam Fatty said.

Imam Fatty who wouldn’t budge then said: “I am arguing with you but it’s just a tradition.”

Essa Faal then argued: If you do not subscribe to either faith or you believe that you do not want to take an oath, you can make an affirmation.”

“I am not refusing to swear…,” Imam Fatty said.

TRRC chairperson Dr Lamin Sise then intervened saying: “Hold on a second, you are the 204 witness here. We are not going to change our procedures for one person come in here and… Can you please proceed and take the oath on the Quran please?”

A clearly irked Imam Fatty reposted: “Is it their responsibility before Allah?”

In the end, the Imam held the Quran and swore to speak the truth.