By Alhagie Jobe: The Chairman of the Independent Electoral Commission (IEC) has fled out of the country following death threats on his life, The Fatu Network has confirmed from family sources.

According to sources, the 82-year old Alieu Momar Njai is currently in a safe location outside The Gambia but would not disclose his location as at now.

Described as a God-fearing man, Mr Njai earlier maintained that he will live and die in the country but sources revealed that due to family pressure, he had to take such decision for his safety as the country is plunge in a severe political impasse.

You may recalled that Mr Njai oversaw the recently concluded December 1st historic presidential elections in The Gambia in which incumbent Yahya Jammeh who has rule for 22 years, lost to Adama Barrow of an opposition coalition. After the elections where successfully concluded, Mr Njai who is the chief returning officer, declared Adama Barrow as winner ending Jammeh’s rule.

Jammeh said: “After I accepted the results without any query, the IEC called all parties at the headquarters and told them that there was error. That is not acceptable. Our investigations reveal that in some cases voters were told that the opposition has already won and that there was no need for them to vote and, out of anger, some of them returned home. I hereby reject the results in totality. Let me repeat: I will not accept the results based on what has happened” he said in his address that was aired on state TV.

In response, President-elect Barrow said:“We urged outgoing President Yahya Jammeh to respect the clear verdict of the people, and urged to toe the path of honour and dignity. His declaration is deemed as one of a defeated candidate and with no legal effect or political validity. The will of the voters will not be subverted. I’m the president-elect. Yahya Jammeh should hand over power to me in January. Leaders will come and go. Let us all act in the supreme interest of The Gambia. I call on him to change his stand for the peace and prosperity of our country” Barrow told waiting Journalists.

After the thug of words, Mr Jammeh ordered his security men to seize the IEC office reasoning it to a ‘security threat’. Staff of the body where denied access to their offices for weeks after which the security officers retreated to their base.

Meanwhile, Chairman Njai ever insisted that the results will never change no matter what. He said even the office building was to be burn down, that will not change the results. He insisted that Yahya Jammeh has lost and that is final.

Since then, the country plunged into a political nightmare and there have been calls by various national institutions and organizations, regional and international bodies for Mr Jammeh to respect the will of the people.

Meanwhile, President-elect Adama Barrow is expected to be sworn-in on January 19th, 2017, to be attended by various West African leaders as contained in the Abjua Summit communiqué of December 17th, 2016.

The sub-regional grouping – Economic Community of West African States (ECOWAS) says military intervention in The Gambia is ‘possible’ if outgoing President Yahya Jammeh does not hand over power peacefully on that day. 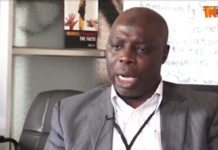 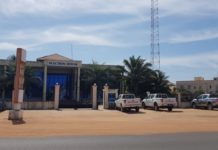