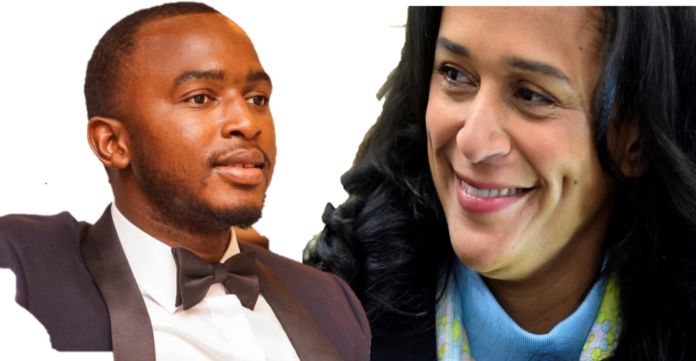 Grrr…Grrrr! A BBC breaking news alert rocked my iPhone on a Sunday evening isolating me from the rest of the world. Just as I would react to any other breaking news notifications, I held up the phone to wake it up from sleep mode and swiped the notification banner right into the BBC News App installed on phone. ‘’Breaking News: Africa’s richest woman ‘ripped off her country’’, screamed the headline of the article that shows in excruciating detail how Isabel dos Santos, daughter of the former eccentric president of Angola, made her $2.1 billion fortune through exploitation and corruption. The Luanda Leaks, as the 700,000 leaked documents about the billionaire’s business empire has become to be known, show how she and husband got access to lucrative deals involving land, oil, diamonds, and telecoms when her father was president of the mineral-rich southern African country, Angola.

Quickly, the story became a global sensation with every major global news outfit carrying it. Despite the world-wide attention of the news, Isabel, in an interview with the BBC’s Andrew Harding, vehemently denied the allegations as ‘‘entirely false and politically motivated witch hunt’’ by her father’s handpicked successor, President João Lorenzo, and the Angolan government. Reading the story, it was as though, I was placed in the climax of a Netflix thriller like Suits or the Blacklist. I remember thinking she must have been a genius of the order of Raymond Reddington – the star character of the Blacklist, to pull off such a major heist in broad daylight. How on earth could she have amassed such a fortune without anyone noticing until now? I thought. Even though first family members across Africa and beyond are notorious for enriching themselves on the backs of ordinary citizens, only a handful could manage to rank in the billionaire category; and for the females, I can’t think of any. Thus, for better or for worse, I got smitten by the woman, the myth and the mystery.

So, I decided to cut through the cacophony of the news cycle and hit the google search engine with the hope of getting to know more about the woman who described herself as an ‘asymmetrical billionaire’, her wealth and her family. The first hit: Wikipedia! Although not so authentic and reliable, particularly for serious academic enterprises, it is always a good starting point for any online research. And in my case, it was the alpha and omega, all at the same time. A few lines down the page, in the summary column of her biographical details I saw a strikingly familiar name listed as a close family member of Isabel. The name ringed a bell reminding me of my travel to Russia.

I went to the land of Putin in the company of the President of the Republic of The Gambia to attend the first-ever Africa-Russia Summit.

Russia was not the first time I traveled with the president but it stood out for so many reasons. Not because I saw more than 40 African Heads of State and Government at close quarters. I had seen more global leaders before at UNGA-77 in New York. I was part of the ‘world that laughed at the Donald’ when the US president famously claimed that “my administration has accomplished more than almost any administration in the history of our country’’. And soon after, I prayed in the same mosque at the Masjid Haram with Anwar Ibrahim of Malaysia, Nigeria’s Buhari, Macky the neighbor, Deby of Chad, and so forth.

Therefore, seeing Putin and the rest wasn’t much of a big deal. Instead, the Summit was a grim reminder of the strategic importance of the African region, and how the Czar of the USSR reincarnate (Russia) was taking advantage of the rolling back of the West from the continent. One does not have to see beyond the Russian military hardware strategically placed in the vast space between the entrance of the park and the Summit venue to realize what the intentions of the Russian government were.

With a great youth dividend and a population that is growing at an exponential rate, it is not too hard to see why Africa is referred to as the ‘next big thing’ attracting the attention of the superpowers. To manage that attention in a way that would not detrimental to the continent and her people, African leaders need to sit up straight and do the needful. But that is a conversation for another day.

Now back to the Wikipedia file that listed a recognizable name I’d seen in Russia. Albeit the familiarity, at this point, I couldn’t place my hand on the place I’d seen the name listed as the husband of Isabel. Out of curiosity, I clicked the hyperlinked name, and a picture popped out providing a bit of clarity and reinforcing my suspicion of meeting the man before. Suddenly, it ringed that the name, Sindika Dokolo, is the guy who sat next to me in the Plenary Summit Hall of the Sochi Olympic Park.

In retrospect, I had no idea that I was sitting next to the husband of one of the most influential people in the world, Africa’s richest woman and the daughter of the former longterm ruler of Angola. So here I was seated in the mid-rows of the vast hall, sandwiched between the movers and shakers of the continent in business, politics, and development. At every turn was either the owner of a cattle ranch in South Africa or the CEO of a certain Bank or the owner of mine somewhere in Africa. ‘’Excuse me, is anyone seating here’’ roared a deep voice out of nowhere. Caught unawares, I jolted in my seat, turned around and replied, ‘‘Not at all. You can have it’’. The guy who asked was a fair giant-like nicely dressed glass wearing imposing figure, akin to our own Mustapha John of Standard Charter, exuding a sense of aura that commanded immediate attention.

The pleasantries led to a long and protracted conversation about himself, his upbringing in the DRC, and his business engagements in Russia and the rest of Africa. We also discussed the investment potentials in The Gambia, oil and gas potentials, the Chinese involvement in Africa, DRC, among others. Throughout the talk, Sinkola appeared smart and astute and appeared to know his turf; diamonds, oil and gas in Africa. He was humble, polite and charming. And from time to time, just like a detective running a covert investigation, he would appear disinterested, looking around the hall like a lion hunting for prey. ‘’You see that guy at the back with the glasses’’, Sinkola whispered to me during one of those observatory rounds, ‘‘he is the son of [Patrice] Lumumba’’ – referring to the slain Congolese freedom fighter. Between speeches, he would then go on and on pointing a certain politician or a particular businessman in the crowd. You could tell he wasn’t faking or trying to impress me because from the onset I had told him that I was a mid-ranking civil servant who had no diamond fields or business partnerships to offer.

At the end of that conversation, I did not only leave with a business card accompanied by departing remarks of ‘’stay in touch’’, I left satisfied and impressed by his charm, charisma, and wit. And now here I am, after four months, struggling to reconcile my pleasant personal experience with him and the revelations of his involvement in one of the biggest corruption cases in Africa. The impact of state-enabled corruption on such a scale is monumental, and for me, it is so close to home. It not only grinds the progress of a country to halt but also robs it of its future in toto. I hope and pray independent impartial investigations can be instituted right away to give way to justice and the truth.