Henry Gomez says no candidate will take Gambia through the back-door, accuses Darboe of trying to get to power through such means 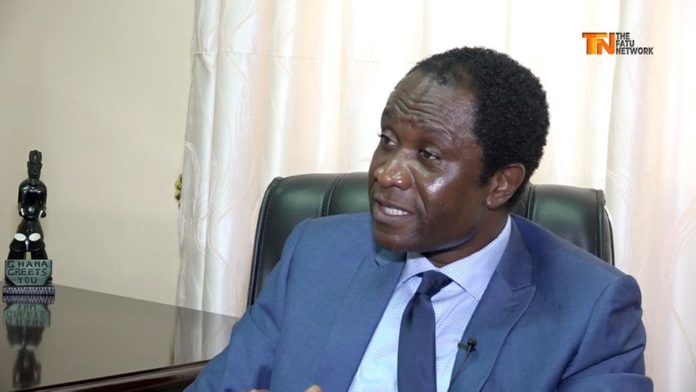 By Dawda Baldeh, in Basse

Henry Gomez Leader of Gambia Party for Democracy and Progress (GPDP) said no presidential candidate will take this country through the backdoor, insisting if anyone want to be president the person must come through the front door.

He said Darboe want to use the back door to become president but he will not succeed because they will deal with him.  “We have the government through the front door,” Henry Gomez said.

Mr. Gomez challenge the opposition leaders to use the front door if they want to rule this country particularly the United Democratic Party (UDP) Leader Ousainou Darboe If they are confident.

He further stated that no candidate will jump through the fence and windows to rule this country. Adding that there is democracy in the country and it cannot be misused.

Mr. Gomez stressed that anyone who don’t want to see this government succeeding the person should go for exile.

He recalled that when the government came into office in 2017, he said Ousainou Darboe told Gambians that; “Barrow is our David, Masayaa, Moses, and so on.

Gomez said how can Darboe tell Gambians that anyone who talk about “Three Years Jotna” he will take the person to court.” Why is he turning his words now discriminating Barrow?.

“If anyone who want to fight the government the person must be ready because we will deal with him,” he said.

“Barrow is a peaceful leader who brought peace to everyone but some people are taking him for granted.”

Gomez who endorsed the NPP said Barrow will continue to lead this country so that he can complete the work he already started. He is the type of leader Gambians has been searching for.

He said in those days, traveling was a major problem as people spend hours to reach their destinations within the country.

“If someone give u breakfast and he promised you lunch and dinner you should not doubt the person but if he or she has done any of this before and promise to do so, that person is trying to fool you,” he said.

Share
Facebook
Twitter
WhatsApp
Linkedin
Viber
Previous articleJammeh campaigns for votes: Former President Jammeh tells voters in Farafenni him and Mamma Kandeh will be best team Gambia has had
Next article‘It’s today you will say I am their CEO’: Seething Darboe responds to President Barrow’s claim he is Three Years Jotna’s CEO