‘He gave us false information’: MP Touma Njai tears into fisheries minister and house accepts her plea for the minister to appear in parliament and explain state of nation’s coastline 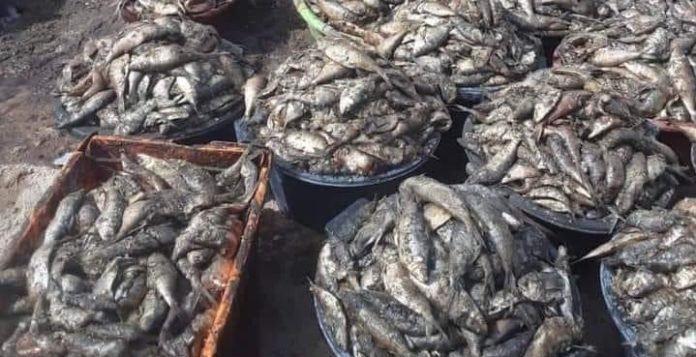 The National Assembly on Monday, June 21st tabled a motion to summon the Minister of Fisheries and Water Resources to explain the wastage of fish in the coastal towns. The motion was moved by the Member of Parliament for Banjul South Honourable Touma Njie.

According to Honourable Njie, the motion is for the Gambian people to know the state of their resources and the apparent wastage of fish by foreign investments without any regulations or explanation from the Minister.

“Hon. speaker, I beg to move a motion under S53 of the standing order to summon the minister of fisheries and water resources as a matter of urgency to answer to this August Assembly as to the state of the fisheries department about the state of the coastal line as well as the wastage of the resources.

“Madam Speaker, this matter was brought here a long time ago and the Minister gave us false information and stated that the pictures are not from the Gambia but a foreign country. Madam speaker our citizens deserve to know the state of their resources, and this is in line with section 77(4) of the constitution. Thank you,” Njai said.

Touma’s move has been widely applauded by Gambians with some even demanding the Fisheries Ministry be raided by the Police Prosecution Department and jail anyone found wanting. The Ministry of Fisheries and Water Resources made headlines some few months ago following a bribery scandal involving the Permanent Secretary Dr Bamba Banja.

The scandal was unravelled by investigative newspaper Malagen with an audio recording of Dr Banja allegedly telling officials of a Chinese fishing firm “this one I will share with my Minister”. Banja has since been put on administrative leave pending an investigation.

Towns along the coast continue fight for their source of income and environment as it becomes a harbour for Chinese fishing vessels and fishmeal factories.

The fisheries minister James Gomez is now set to appear before MPs on Wednesday to answer questions after MPs agreed to the motion.

Father Goes to Jail for Impregnating His Daughter

‘These are bad citizens’: Darboe dismisses reports he is dead