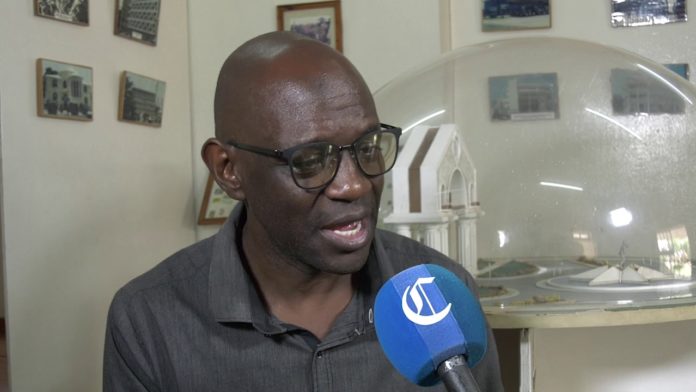 Recently, I spent a few hours at the archives and I was intrigued by a small article tucked away on page 2 of a 1958 copy of The Gambia Echo on a very momentous event in Gambian media history been a reported encounter between our foremost patriot, First Gambian Elected Member, and crusading journalist, Mr. E.F Small, OBE(1890-1958), and The Gambian’s first millionaire Sarkis Madi, died 1962. The story tells me that Small was indeed a man of great character, a fierce patriot and a redoubtable defender of the rights of Gambian free expression.

In 1922, Small had founded The Gambia Outlook and Senegambia Reporter as the first newspaper in Bathurst for close to 40 years. Since the folding up of The Bathurst Observer in 1883, Gambians had no newspaper to read, and write about the ills and glory of their country.

Desperate patriots like Hamilton Joiner and Njai-Gomez resorted to printing their thoughts on the state of the polity in pamphlets for free distribution at the MaCcarthy Square. Nana Grey Johnson has ably written about his ‘era of pamphleteering ‘in his magnum opus, The Story of The Gambian Newspaper(2000).

Small wanted to end this hiatus in free expression and founded his newspaper even though he well knew that he could not print it in Bathurst because the Government Printer would never print for him. Small therefore registered his newspaper in The Gambia, in Senegal and in the UK. He will edit it in Bathurst, print in Rufisque, Senegal, distribute in Bathurst and in UK! This was Small’s earnest patriotism!

But I must digress a bit here and explain Small’s view of Senegal. He saw The Gambia and Senegal as one people cut into two by the 1888-1894 French-Anglo Boundary Commission. He saw and believed in Senegambia, a whole polity from the River Senegal to the River Cacheu inhabited by the same people, sharing languages and cultures and civilizations. Small did not allow himself to be hampered by the colonial boundaries. In Rufsique, Senegal, he had friends like Galandou Diouf(1875-1941); like Small, he was the First Elected Member to the French Assembly from West Africa. Diouf helped Small to get a printer in Rufisque.

Printing in Senegal soon proved a heavy financial burden to Small. He spent money he could not recoup due to refusal by the Colonial Government to advertise in his newspaper as it was seen as anti-government. In fact, certain colonial Governors in Bathurst like Sir Cecil Armitage even wrote a Circular to all Civil Servants encouraging them not to buy The Gambia Outlook and Senegambia Reporter. Small soon felt into serious debts to keep his newspaper afloat.

One of his staff reporters, Hamilton Joiner, knew about his boss’ financial woes and approached the richest Gambian at the time, Sarkis Madi, father of John Madi(1913-1965), Gambian nationalist leader and merchant. Joiner told Sarkis to intervene to rescue Small and his newspaper.

In June 1926, Sarkis offered Small a loan of 1000 Pounds Sterling( over 60,000 Pounds Sterling in 2020 money). The condition was that Sarkis will not interfere in the editorial line of the paper or try to influence it in any way or take part in any editorial production. But Sarkis will buy and manage the press for the newspaper to ensure payment of staff writers, journalists, pay for newsprint and pay Small a salary until the loan is paid and then Small can take back the business.

Small’s reply to this offer is indeed telling of a great Gambian patriot. He told Sarkis ‘When a capitalist like you begins by managing a paper, it always invariably ends in the original Editor and Founder like myself being managed out and eliminated and his opinions suppressed, and whatever influence he had withers away. To me, I regard my newspaper The Gambia Outlook as a sacred trust on behalf of my people, wherein I give voice to the poor, the oppressed and the underdogs in Gambian society. It would be a betrayal of that Trust if I were to part with the control of the paper’.

There the negotiations ended. Small, Joiner and Sarkis made a Gentlemen’s Agreement never to reveal this project. It was on Small funeral day in January 1958, that Joiner, out of journalistic itch, revealed the story after keeping it under wraps for 23 years.

The Gambia Press Union could have a prize named after Small, a stout and unyielding defender of Gambian journalism and free speech!