GAP – STATEMENT: Individual interest ahead of rationality for the public interest leads to crossroads 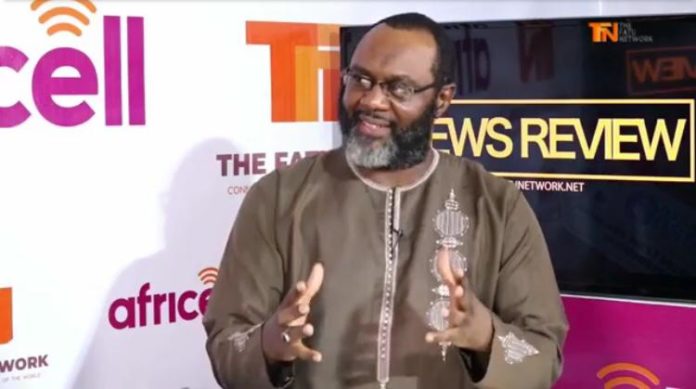 The larger Gambia Action Party family under the visionary leadership of Hon. Musa Ousainou Yali Batchilly is greatly reduced to the kingdom of worrisome for the simple fact that the way the President is treating the very own people who has gone to extra miles to ensure that today becomes a dream come true for him, the youths who endangered their lives in the course of national revamping on all sectors only to have found themselves reeling and wallowing in an abject poverty and being accused and arrested for the suspected crimes or drug abuse, the men and women who sacrificed a lot in the campaign period have gone through hours before eating grains and walked miles away from destinations are all betrayed by the President and the government that lack directions and proper implementation of workable policies due to corruption and lackadaisical conduct towards the fight against COVID-19 are the causes of the widespread of the deadliest virus, but we remain committed that the future is entirely bright with GAP and the general wellbeing of all the people within the territorial jurisdiction of the Gambia.

President Barrow’s three to four years in the wilderness coupled with bad governance and embezzlement of public funds at the expense of the vulnerable citizens turn out to be derailing our efforts towards the development as a nation. The government’s efforts have given us all the clear cut chance to flush them out of offices and we must unanimously agreed to prove worthy of that chance and all political or other hidden ambitions must be sidelined in exchange for a Gambia that will compete globally. Despite all the foreign financial supports and the national emergency funds aimed to curb the fight against COVID-19, there’s still uncertainty surrounding the nation and the numbers are surging higher than ever imagined as seventy five percent of the designated funds was spent on personal whims.

We call on all the patriotic citizens both home and abroad all political parties inclusive to support our socio-economic development agendas that will completely rescue our beloved nation from sinking any further. We are here purposely to serve our country, together in the national interest and giving the Gambia, the perfect, reliable and effective government it deserves but lacks for fifty five solid years that kept our people trekking in the rocky mountains. GAP must stand by the people and for the interest of the people and we know exactly how the people of this country suffered. Next year, when the race for State House begins, we are delighted that majority of the patriotic citizens are right with us to sail us through as GAP is a party for all generations.

We urge the Barrow led government to ensure that the lives and livelihoods of the people are secured by all means possible. Cognizant of the fact that people comes before the government and this country wants effectuate leadership, but not partisanship. As all the funds secured were diverted for personal development, we again call on the government to use the D2.5bn SAB meant to construct roads in the fight against COVID-19 openly and wisely as health must be prioritised before infrastructural changes. We are so much disappointed with the manner in which the D1bn food aid lasted as this reached twenty percent of the Gambians of which are related to the National People’s Party or the people who allocated.

The Gambia needs State Of Public Emergency now than before as the numbers are surging, but we urge the government to do so with proper support to the people affected. Let the government try big things and respond responsibly, to do the right thing not play political games. GAP wants a country that is more free, more fair, more decentralized and paving ways for the indigenous business entrepreneurs and farmers as well as youth development. At its best, GAP always puts the Gambia first and we’ll leave the vested interests to others to decide and we are not self interest either. We care for national interest and implementing workable policies into actions.

To all the leaders of the political parties, we call upon you to quit the political games at this crucial time of our history, we either come together and substitute the government to draw effective plans to ensure that drugs are available in all the major hospitals, to ensure that the front line workers are served with PPE’s, to ensure that the vulnerable citizens feel unique and wanted. Until then, history shall judge us as the very people who misled the subjects. Now, we call upon the government to change the quarantine system in the country. We suggest more robust approach at the gateway to the country, people who test negative and are asymptomatic should go about their normal businesses and those with positive results must go through mandatory treatment. All the quarantine centres must remain clean and fumigated to ensure safety and easiest ways to tackle the virus.

We want to thank those people being the government, the political parties, the NGO’s or private individuals who sacrificed all their means in this struggle to have made progress in our fragile health care system. For transparency, accountability and equality, let the government treat everyone right as expected.

We extend our sincere support and prayers to all the victims of COVID-19 more so, the mayor of KMC, The Vice President, some Ministers as well as some Permanent Secretaries. May the almighty Allah grant every single COVID-19 victim the quickest way to recover, ameen.

Share
Facebook
Twitter
WhatsApp
Linkedin
Viber
Previous article‘We don’t have food to eat’: Gambian girls in Lebanon want to return home – as they detail their struggle to get food to eat
Next articleForeign ministry closes to public due to coronavirus