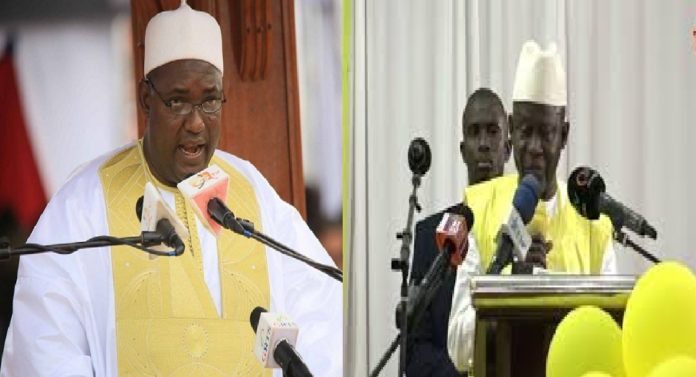 Let’s start this piece with a quote by former leader of Burkina Faso Capt Thomas Sankara: “Our REVOLUTION is not a PUBLIC SPEAKING tournament. Our REVOLUTION is not a BATTLE of FINE PHRASES. Our REVOLUTION is not SIMPLY for SPOUTING SLOGANS that are NO more than SIGNALS used by MANIPULATORS trying to use them as CATCHWORDS, as a FOIL for their OWN display. Our REVOLUTION is, and SHOULD continue to be, the COLLECTIVE effort of REVOLUTIONARIES to TRANSFORM REALITY, to IMPROVE the CONCRETE SITUATION of the MASSES of our people.” It’s a statement that’s worth pondering over since it’s pertinent to our reality as a nation.

December 4th will be another important date in the political life of The Gambia. Certainly for various reasons but the most obvious is that it is the date upon which presidential elections will be held for the first time post-Jammeh era.

Elections are integral part of a democratic process. Yet, the December election is a massive event. For the first time in our nation’s history, we are having political pluralism of this magnitude – where you have 18 registered political parties and a number of aspiring independent candidates. And so this election is going to be a litmus test for the many political parties and independent candidates we have. It’s their political viability that stands to be tested.

The million dollars question in the minds of most Gambians is: who is going to go home with the bragging rights? Your guess is as good as mine. But one can safely say the election will be a two-horse race, a race between NPP and UDP. You will have President Adama Barrow on the one hand and Lawyer Ousainou A.N.M Darboe on the other.

But still, any wise person would say a day is too much to risk in politics. A lot could happen or change between now and December, events that could redefine the race. And so until then, your guess is as good as mine.

PDOIS faces a massive challenge in terms of winning but it’s my view the party would make significant gains due to the roles the party played in building the coalition in the 2016 election, the political impasse but also the party’s consistent record in standing up for the interest of the ordinary man when it mattered most. For a very long time, I began seeing the party’s message resonating with not only the educated class but also the common Joe of the everyday Gambian.

And then you have CA. Being a new party with a former political science lecturer at the University of the Gambia as leader, the party can only use 2021 to experiment and gather experience in preparation for 2026.

If you ask me about NRP, NCP, PPP and GPDP, these parties are most likely throwing their weight behind NPP/Barrow. And having at the back of their minds that the political careers of their leaders are almost over including the issue of age on the part of these leaders, their best shot is to form an Alliance to be able to save face.

Let’s then turn to GMC. This is a party that’s a one-man party. Its leader Mai Fatty is more active on social media than his party activities. Will the party put up a candidate  for 2021 at all? I believe they will form Alliance and that is way better for them than putting up a candidate who will end up losing the deposit because they can’t score 5% of the votes cast.

For GDC and its flag bearer Mama Kandeh, I think they’re in trouble. They impressed in 2016 but it’s my prediction they will not be able to replicate their performance in 2016. GDC was able to do so well in 2016 for various reasons. For example, the party was new and many APRC and NRP supporters lost hope in their parties and voted for Mama. These are voters who could not vote for the Coalition’s candidate. A lot has happened in the past four years that continue to change the political fortunes of GDC. GDC is no longer the 2016 power party it once was and I doubt if they will play second fiddle to any candidate. I believe it will be hard for GDC to have a Coalition agreement in which Mama isn’t the flag bearer. Their best shot is for them to try get APRC since GDC is more like the prodigal son coming home.

With the Independent Candidates, for the first time I am seeing these many people who plan to run on an independent ticket but the truth is I think many are just playing to the hype of election year but even if they finally made it on the list, all of them will lose their deposit for not being able to pull 5% and I would be surprised if the performance of all of them combined isn’t up to that mark.

To close, this election will define the future of our nation. The best we can do is to register those who attain the right age, get involved by making sure the right person is chosen.

Do it for The Gambia And VOTE for your FUTURE!