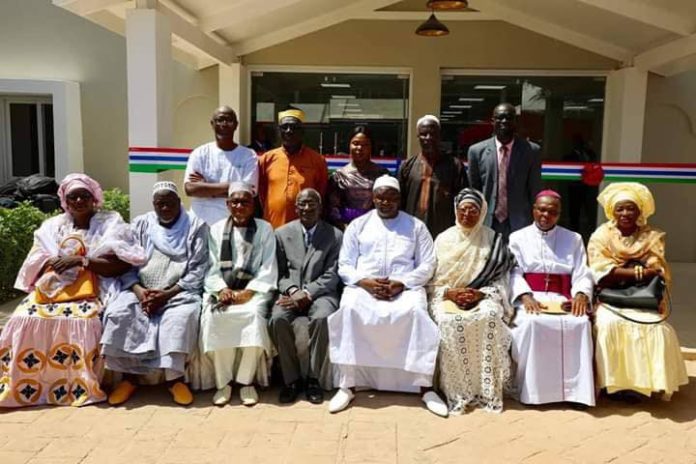 BANJUL— The Gambia has finally launched the most anticipated Truth, Reconciliation and Reparations Commission (TRRC) to investigate human rights violations and abuses of the former regime. The event took placce at the Dunes Hotel in Kololi.

The Truth Commission was setup by an Act of Parliament in 2017. It has a 2 year mandate to cover the past human rights violations and abuses from July 1994 to January 2017.

It is reported that the truth seeking commission would amongst other things, endeavour to bring social cohesion, justice and national reconciliation to rebuild the country after 22 years of the dictatorial regime of the former President Yahya Jammeh.

The newly sworn Chairman, Dr Lamin J Sise who has a work experience of over 30 year at the United Nations (UN) said it is imperative for the Gambia to investigate the human rights violations of the past regime.

“The investigations will cover from July 1994 to January 2017,” Chairman Ceesay said.

The TRRC Chairman posited that the commission would provide opportunity for the victims to relate accounts of what happened to them under the past regime. At the same time, the alleged perpetrators will be invited to testify before the commission.

Speaking at the Launching, the Honorable Attorney General and Minister of Justice, Abubacarr Tambadou emphasised the need for a balance between social cohesion, justice and the building of democracy in the new Gambia.

“The primary function of the TRRC is to investigate the past human rights violations and abuses under the dictatorial regime of of the former president,” AG Tambadou said.

He added, “Today, marks a day to show the world that we are capable of handling our own affairs.”

Justice Minister Tambadou who was one time a UN human rights prosecutor further stated that the launching of the TRRC marks a day to show the world that the Gambia will never condone human rights violations. He added that too many people have died under the former regime whose death shall not be in vain.

Tambadou called on the victims as well as the perpetrators to come forward to help the commission to heal the wounds and bruises of the nation.

In his keynote address, President Adama Barrow said the launching of TRRC is a relief, saying the Gambia has far too long suffered in the past authoritarian regime.

“For a long time we have looked forward to this day,” President Barrow said.

He added, “We will not have gotten here without the sacrifice of the victims of the past regime.”

The Gambian leader gave assurances to his audience that the dark days for the country is over.

“We believe for the TRRC to be meaningful it must be free from external influence,” he said.

President Barrow told the newly sworn commissioners that the hopes of the nation lies on their shoulders.

The Gambian born ICC Chief Prosecutor, Fatou Besouda commended the establishment of the truth commission, saying her office would closely watch the proceedings.

“This is good for Gambia to turn a page and write a new chapter,” Chief Prosecutor Bensouda said.

She expressed delight to work in solidarity with the commission.