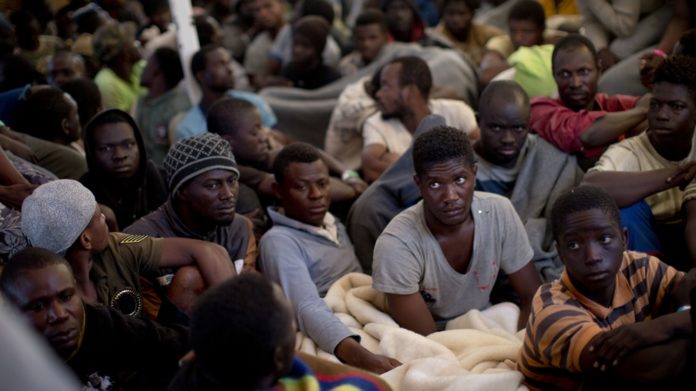 The United States government has said The Gambia is not making significant efforts to fight the scourge of human trafficking.

The US Department of State has released the 2019 Trafficking in Persons (TIP) report, an annual publication by the US government documenting the efforts of the governments of 187 countries and territories to combat human trafficking.

A statement by the US government through its embassy in Banjul on Thursday said the 2019 Trafficking in Persons Report “found that the Government of The Gambia does not fully meet the minimum standards for the elimination of trafficking and is not making significant efforts to do so.”

“Consequently, in this year’s TIP Report, The Gambia was ranked Tier 3,” the statement added.

The TIP report arranges countries into three tiers based on their efforts to fight trafficking, and a country in Tier 3 is placed under special scrutiny and risks US sanctions.

Still on The Gambia, the US government said while the country “did take some steps to address trafficking, the report details many deficiencies and a lack of significant effort.”

The US government statement added: “The government partnered with an NGO to prevent forced begging in Quranic schools and doubled the National Agency Against Trafficking in Persons (NAATIP) budget for 2019.  However, the government did not complete any trafficking prosecutions for the second consecutive year, did not investigate reported cases of child sex tourism, identified and assisted the fewest number of trafficking victims in five years, failed to protect trafficking victims from intimidation, and decreased efforts to raise public awareness about human trafficking.

“Human trafficking represents a threat to international peace and security.  It undermines the rule of law, robs millions of their dignity and freedom, enriches transnational criminals and terrorists, and threatens public safety and national security everywhere.  The message could not be more clear: addressing human trafficking at home takes willingness to challenge misperceptions of what human trafficking is or is not and unwavering determination at all levels of governance.

“Neither the United States nor The Gambia are immune from the continued scourge of human exploitation.  It is our sincere desire to partner with the government and the people of The Gambia to ensure that trafficking victims are cared for, and the government of The Gambia uses its rule of law mechanisms to fully enforce Gambian law and bring perpetrators of such exploitation of human beings to justice.

“Through the Office to Monitor and Combat Trafficking in Persons (J/TIP) the United States recently provided a $750,000 (GMD 37.1 Million) grant to the International Organization for Migration (IOM) to support The Gambia’s national efforts to combat human trafficking in the country and to support Gambian-led progress toward effectively combatting trafficking in persons.

“We encourage the Gambian Government to direct and fund law enforcement and increase efforts to vigorously investigate, prosecute, and convict traffickers, while following due process.  The government should develop and train government officials on standard procedures to proactively identify trafficking victims and to provide trafficking victims with adequate social services.”