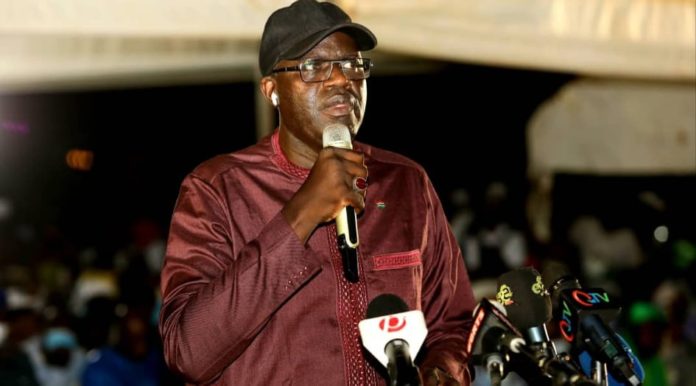 Former secretary general and head of the civil service Njogu L Bah has appeared in public for the first time in years, speaking at President Adama Barrow’s rally in Sukuta where he vowed to be among Gambians who would repay the president.

President Barrow’s rally in Sukuta on Saturday was a huge success attracting thousands of citizens among them Dr Njogu Bah.

And speaking at the rally, Dr Bah said he was at the meeting to join Gambians in thanking the president for his good job as president.

“Would you doubt someone who tells he will give you dinner after giving you breakfast and lunch? President Barrow has done something for us, we the people of Nuimi. We had a problem that spanned for over 50 years which is our Hakalang road. That problem is over now as the road is now confirmed [being built]. So the person who ended the problem of lack of roads should be repaid and a day will come when he would know we have repaid him.”