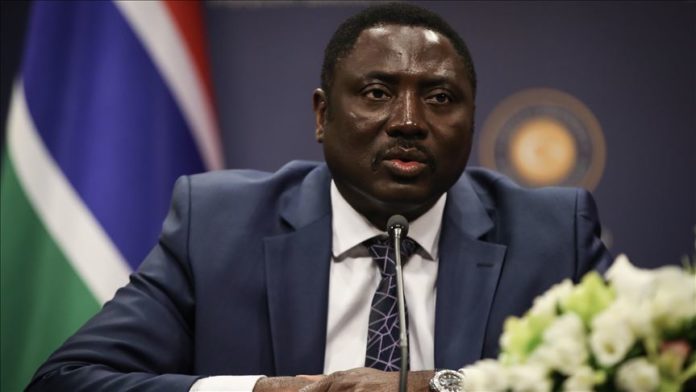 The ministry of foreign affairs said on Monday the task of its honorary consul in Lebanon to discern which of the Gambian women wish to be repatriated proved increasingly difficult as some of the women changed their minds.

The Gambia government has come under fire over the women after they raised the alarm the government was being indifferent to their plight.

The ministry of foreign affairs said in a statement Monday: “The Ministry of Foreign Affairs, International Cooperation and Gambians Abroad wishes to update the general public on the ongoing repatriation efforts by The Government of The Gambia to secure the evacuation of about thirty six (36) Gambian Migrant Workers currently in Lebanon.

“The Government of The Gambia is at all times committed to the protection of its citizens, especially women, children and those most vulnerable. Allegations of trafficking of Gambian women and girls have always been treated seriously by the Government.

“It is to be recalled that the Government of The Gambia fielded missions to Lebanon in 2014 and 2015 to find out first-hand information on the plight of Gambian Migrant Workers. The missions resulted in the successful obtainment of penalty and detention waivers and the subsequent repatriation of some of the women to The Gambia. A fully funded repatriation package and psychosocial support was afforded to those willing to return.

“Out of a total of thirty (30) women initially registered for repatriation, only ten (10) were eventually repatriated. The remaining twenty (20) rejected the Government’s offer of repatriation and made the decision to stay in Lebanon for economic reasons.

“Today, despite the Government’s previous experiences, the constraints with the effects of Covid-19 on the economy and the need for rationing of resources becoming even more important, it has not relented to ensure the safe repatriation of the Gambian women in Lebanon.

“The Honorary Consul in Lebanon is working with authorities in Lebanon to surmount the administrative hurdles such as the payment of penalties before exit clearances are issued. It is alleged that some of the women had absconded from their respective employment in violation of their employment contracts, some had minor criminal charges levied against their persons, and some had immigration penalties to settle as a result of overstaying their visas. These only compounded the complexities in the process of obtaining the clearances.

“Presently, the Honorary Consul has obtained approval for the waivers of penalties and clearances to travel for all the women. Once these clearances are received, the Government will ensure their safe return.

“In the meantime, we continue to seek the understanding of the women in Lebanon and the Gambian population to exercise patience whilst efforts to repatriate the women are ongoing. We further urge the public to verify all information received, especially on Social Media with the Communication Unit of the Ministry.”