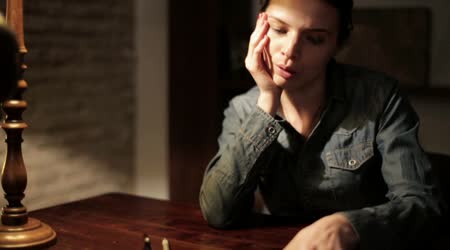 Misogyny comes in all forms of disguise, just because you don’t hate women doesn’t mean you are not prejudice against women.

The purpose of this article is to show the plight of Gambian women and give voices to the victims, and start an educative conversation with our male counterparts to resolve this issue.

When men talk about females in inappropriate demeaning ways, is it just talk or there’s more to it?  Engaging in demeaning talk about women does fit in a measurable extent of expected masculine behavior. It is condoned and entertained among men because, after all, “boys will be boys”.

There are so many examples of insulting ways in which men may talk about women behind their backs and this is deeply rooted in our Gambian society. Women who have experienced rumors of how they and other women have been discussed in inappropriate, offensive terms by men would argue that sexist talk takes a toll, causes emotional trauma and stress .

I and so many other women have being a victim of men speaking of us in a degrading manner, fostering rumors and spreading it like wildfire. I personally will stress over it, cry about it, pray on it, then convince myself he is ignorant and it shouldn’t matter, life goes on. But when inappropriate degrading comments are made by educated men, that are considered  leaders in our community, that I have respect for and admired their contribution to our society I knew it wasn’t just ignorance and it was time to speak up.

My questions:  what do men gain out of it? Why speak on something you did not witness? How did your life change after an hour or so negative conversation about a female you barely know, never met in person or even the ones that you actually have a relationship with? What positive happened in your life after tearing down that woman? Did your value as a man increase? Did you feel better about yourself? Are you more successful and a lot more happier? Can I conclude you are an ugly hateful person in the inside, or is that just a Powerful mechanism to boost your manly ego.

Moreover the biggest problem is Men do not hold their fellow men accountable for their actions against women. Why? Is it because you are boys and do not want to loose the membership club or are you more concern of your fellow man perception of you and your image. The only time most Gambian Men will stand up for any woman is when she’s blood related.

Our Patriarchal society is more obsessed with policing women instead of checking men’s behaviors towards women. The silence of a man when another man makes abusive, degrading and sexist Statements, rapes, physically abuses or violates women is more of giving your male counterpart approval.

Has humility being lost among Gambians? If a man is trying to get a woman’s attention, and she choose to ignore and not tolerate him, she is label stuck up and rude. To the contrary if she is friendly, courteous and nice it translates she is interested and wants him. But, when a man is rejected, a woman’s name is slandered- he goes around and tell people that he undressed her and participated in a sexual act for his fellow men to consider her as cheap and promiscuous. The only ludicrous behind this move is to decrease her value, meaning if he cannot have her then it’s only important to ruin a fellow man interest in her.

Ostensibly, the worst part is the complete lack of empathy of some men. From my observation if a woman decided to discuss what she is going through with a male friend she is preempted with the following: Why are you bothered when we all know it is not true? Why are you disturbed? Just let it go. This approach, in essence manifest the lack of empathy mentioned above because a woman is not given a chance to share her thoughts and feelings. The result is compounded in psychological distress and  well-being of that person. The effects of the trauma sometimes forces a woman to speak up and stand up for herself. If she does, she is considered a terrible person for breaking a so-called brother code and the male reaction is obvious. This shows the behavior has being normalized and accepted among men. Which raise the question if you love your daughters and sisters so much why do you find joy demeaning someone else’s daughter and sister.

Even though Gambia is secular state with Christianity and Islam being the two major religion. Now, even if we look at it from both religious spectrum, slander is a sinful act. “[W]hoever propagates it with their tongues uttering it with their mouth that which you have no knowledge of has committed a sin and the one that listened to it in silence without commenting “it is not right for us to speak of it” has also committed a sin [Sic].(Surah Noor verses 13-17).  “[S]lander is malicious lying, and God hates lying (proverbs 6:16-19; 12:22)”

To conclude, I want to see a world where my daughter can grow up in a society that is free from this behavior but importantly where my son can recognize and address such issue head-on without any hesitation.