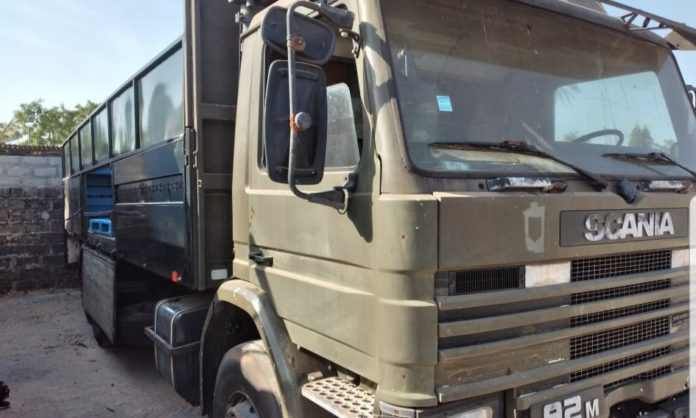 Drug Law Enforcement Agency of The Gambia said today it seized 502 blocks of hashish prior to the cocaine bust.

DLEAG last week seized cocaine worth over four billion dalasis, one of its biggest ever cocaine seizures in years.

The agency however today said it made an unprecedented seizures of hashish where a suspect was arrested with a gun.

The agency said in a statement: “Prior to the seizure of one hundred and eighteen (118) bags of cocaine weighing 2 tons 952 KG 850 G at the Sea port in Banjul, personnel of DLEAG’s West Coast, Kombo North Divisional Command on Sunday 20th December 2020 successfully interdicted huge quantities of cannabis resin (hashish) at old Yundum and Brusbi Phase one (1) respectively. This seizure happened after 48 hours of diligent undercover operation. Notably, the seizure of Five hundred and two (502) blocks weighing 225 kg 760 g of Hashish is unprecedented and a landmark in the history of the agency and the Gambia.

“Ebrima Bittaye while in the company of Ousman Kanteh was nabbed with eight (8) blocks that he came to collect from one of the truck parked inside a property located at Old Yundum. Subsequently, operatives discovered three hundred and ninety six (396) blocks concealed in eleven (11) wooden pallets in a green Scania truck with Registration Number KM 7989 C parked in the same property. Further probing into the matter, operatives recovered ninety eight (98) blocks at a residence in Brusbi Phase one (1). One Sedia Ndow occupies the said property.

“Initial investigations linked a Person of Interest (POI) who fled our jurisdiction. OCRTIS, our counterpart in Senegal clutched him in Dakar on Tuesday 29 December 2020 and handed him over on Friday 1 January 2021.

“Prior to this landmark seizure, the special operation squad of DLEAG seized twenty–six (26) blocks of cannabis resin (hashish) weighing 12kg 150g at the residence of one Mr. Bai Modou Njie. Mr. Njie is a Gambian, male and a resident of TAF Brufut Gardens on the Thursday 10 December 2020. Similarly, operatives recovered a pistol with five live rounds from him. Initial findings revealed that the hashish seized from Mr. Njie was sourced from the consignment of hashish seized on 20 December 2020.