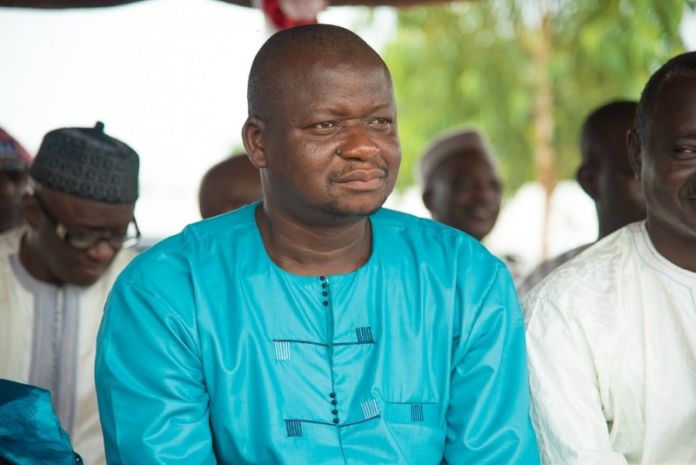 President Adama Barrow’s decision and timing to effect a minor Cabinet reshuffle, which saw the appointment of Sheikh Omar Faye as Defense minister and the firing and replacement of his Interior Minister Ebrima Mballow, seem to reflect his desire to recalibrate the direction of his Cabinet, particularly with regard to security, as the country finds itself in the depths of an unprecedented crisis.

The Gambia needs to reassure its development partners that it is serious about security reform program amid growing frustration with the Government’s slow pace approach in implementing the program. The EU envoy to the Gambia has recently bemoaned the sluggish manner with which the security reform program is being carried out. Besides, Barrow is facing the biggest challenge to his authority with the 3Yeas Jotna Movement gearing up for a showdown in December with the aim of forcing Barrow out of the State House. To take on the Group that insists that the Gambian leader must fulfill his promise to step down after three years in power, Mr. Barrow is probably keen to put in place a strong security team to deal with the simmering tension over his tenure in office. Yielding to the public outcry over the outgoing Interior minister’s underperformance, Barrow has finally let go Mr. Mballow who has apparently become a liability to his Administration. Since his appointment early 2018, the Mballow has abysmally failed to stamp his authority amid a growing sense of insecurity in the country with crime rate astonishingly on the rise. He has failed to show leadership in dealing with major security crises such as the Faraba incident and the recent massive demonstrations. The public has equally decried police brutality and paranoia in handling demonstrations under Mballow’s stewardship. However, the straw that broke the camel’s back is the outgoing minister’s statement at a rally in Brikama that hot water will be poured on the demonstrators in December. The remarks have drawn the wrath of the public who demanded his apology while some have gone as far as calling on him to resign. In a recent interview, Mballow sounded to be downplaying his outrageous statement as merely political, but it was already too late.

In the meantime, the president’s choice for Mballow’s replacement triggered a widespread controversy on social media. Yankuba Sonko, Barrow’s fourth Interior Minister, was former President Jammeh’s longstanding Inspector General of Police under whose nose numerous unlawful arrests and detentions took place, prompting people to wonder whether the Gambia is bereft of competent individuals who can man the position. In the same vein, the appointment of Sheikh Omar Faye as defence minister is yet another example of recycling former Jammeh loyalists. The Defense portfolio has always been held by the President since 1997 so the decision to recall former army General and Consul General in Jeddah to appoint him to the post might signal a policy shift on the part of the President.

The replacement of the outgoing Secretary-General Ebrima Camara has long been expected in light of his ill health. Muhammed Jallow, who succeeded him, does not seem to be lasting in the job, considering his previous track record at the Ministry of Education where he previously served. An important post like Secretary-General and Head of Service should have been handed to a well-experienced technocrat with an unassailable track record. Jallow is the fourth to occupy the position since Barrow came to power.

One more last thing: The Gambia has a handful of diplomatic missions, yet anytime a minister is relieved, they get redeployed to foreign service! It simply does not make sense to me.

The writer, Basidia M Drammeh, is based in Canada.