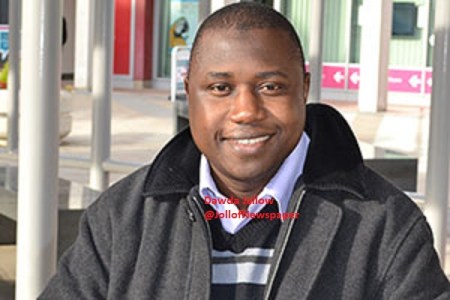 State House has fallen short of saying why Abubacarr Tambadou resigned as attorney general and minister of justice.

Mr Tambadou’s resignation as the country’s justice minister emerged on Thursday. He was at State House on Thursday to see President Barrow and his vice president Dr Isatou Touray.

“His Excellency, President Barrow would like to take this opportunity to sincerely thank Attorney General Tambadou for his patriotic and selfless service to country, for his steadfastness, honesty, professionalism and candour during his tenure as Attorney General and Minister of Justice. He has successfully initiated and diligently executed several of the Government’s key governance reform activities such as the establishment of the Constitutional Review Commission, the Truth, Reconciliation and Reparations Commission, the National Human Rights Commission, the Janneh and Faraba Banta Commissions of Inquiry, and several other legislative reforms. With his guidance, we have now transformed our judiciary in particular and the administration of justice system in general into a truly independent and robust organ of the State that all Gambians should be proud of.

“He also helped restore The Gambia’s regional and international image and leadership in the global human rights movement. Every Gambian should be proud of his achievements. Therefore, His Excellency, President Barrow, his entire Cabinet, and the Government of The Gambia wish Attorney General Tambadou well in his future endeavours.

“Consequently, pursuant to the provisions of Section 71(1) and 71(3) of the Constitution of the Republic of the Gambia, His Excellency, President Barrow, has appointed Mr. Dawda A. Jallow as Attorney General and Minister of Justice from 1 July 2020.”