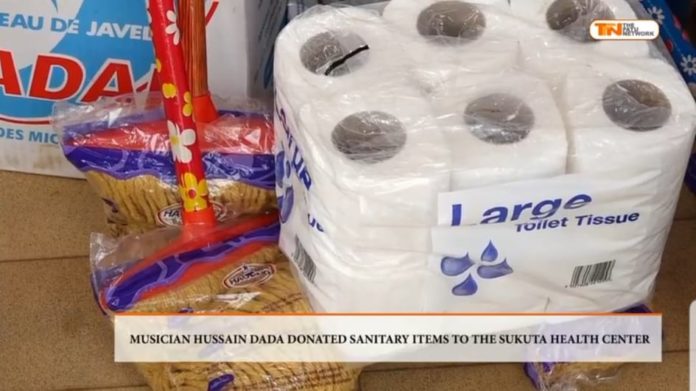 The items include toilet roll, brooms, buckets and other sanitary items and were handed over on Tuesday.

“I’ve been in the music industry for about five years now, developing and growing up I started having ideas of giving back to my community and it feels good to have the support of my label more specifically having to know the items came timely and appreciated,” Hussain Dada said.

His manager Andy Spike said: “Today is a very important day for Run Way Entertainment and Hussain. Dada is a Sukuta born and as the saying goes ‘charity begins at home’. Therefore, starting from home specifically with the health aspect is commendable and worth the support.”

Speaking at the event, Officer In Charge Sukuta Health Center Landing Camara said: “I was very surprised when I saw the items because this is the first of its kind since I came to this health center . Therefore, I’ll like to thank Hussain. This will have a great impact in the sanitary department of the Health Center.”