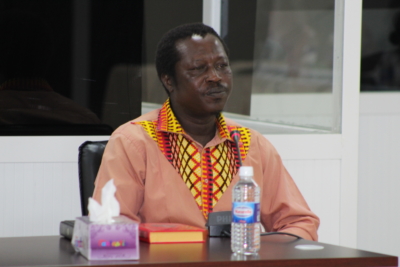 Police in The Gambia have arrested Lamin Senghore.

Senghore was arrested Monday evening, credible sources have told The Fatu Network. It was not immediately clear why the former Gambian army private was arrested.

However, his arrest comes hours after he testified before the TRRC where he denied all allegations of human rights abuses levelled against him by witnesses.

Senghore who was nicknamed The Assassin while serving in the army told the TRRC he has neither seen nor has he participated in any human rights violations, remarkably contradicting the accounts of at least three witnesses.

His testimony has drawn him catastrophic reviews from among Gambians including the TRRC’s counsel Essa Faal who accused him of lying to the commission.

The Fatu Network contacted the public relations officer of the Gambia Police Force Lamin Njie for comment but he could not be reached on any of his numbers.