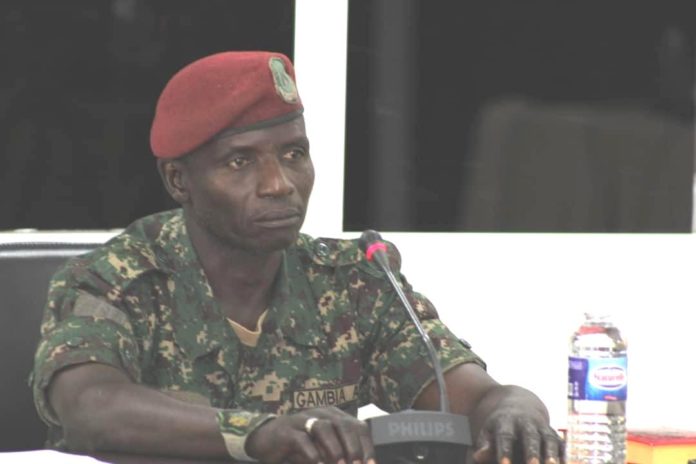 Colley, a class two Warrant Officer was dismissed from the army on Tuesday, the spokesperson of GAF Lamin K Sanyang told The Fatu Network Wednesday evening.

Sanyang could not immediately explain why Colley was dismissed.

Colley was among a raft of serving members of the Gambia Armed Forces who were accused of committing serious human rights violations.

Last month, the army medic testified before the TRRC where he admitted taking part in the November 1994 brutal execution of soldiers.

Colley confessed that he accidentally shot fellow soldier Fafa Nyang, an account which was surprisingly contradicted by other witnesses.

“It was an aimed shot. It was a deliberate one Because if it was an accidental shot, it would not have hit his target,” Modou Lamin Bah who was Colley’s colleague at the time told the TRRC.