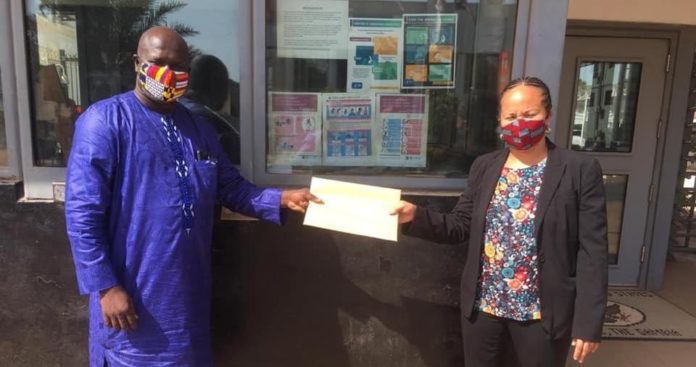 Black Lives Matter Gambia will protest against racism and police brutality against blacks in the United States, member Madi Jobarteh has confirmed to The Fatu Network.

Black Lives Matter had applied for a permit earlier this month to hold a protest against the killing of George Floyd and Momodou Lamin Sisay.

The group has finally been granted a permit and a protest will be held on Saturday at 10am.

Members of the group led by Madi Jobarteh had on 8 June delivered their petition to the US Embassy Banjul.