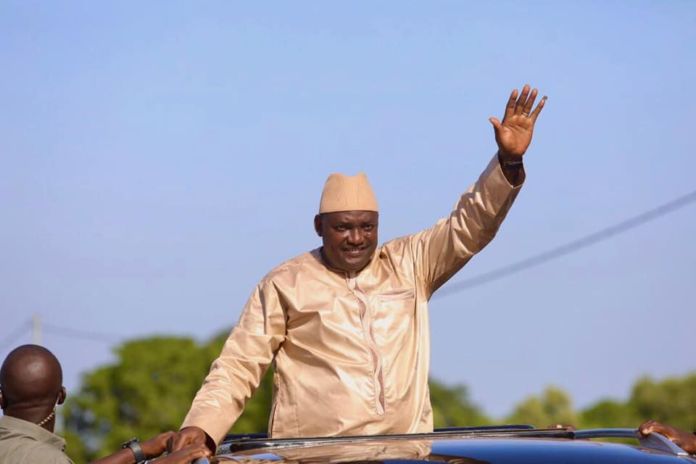 State House on Monday confirmed a five-year-old girl died after a commercial vehicle ‘fell’ off the road and reportedly ploughed on people in Bwiam.

President Adama Barrow on Saturday returned to Banjul after ending the first half of his nationwide tour.

The tour has now been overshadowed as State House confirmed today an accident occurred during the ‘welcoming’ of the presidential tour party from the nationwide Meet the People Tour.

“Fatou Sanyang, a young girl of five years from Bwiam was confirmed to have lost her life on the spot while three other people sustained serious injuries. They are now receiving medical care at the Edward Francis Small Teaching Hospital in Banjul,” State House said.

Mr Barrow on Sunday visited the injured in hospital in Banjul to express regret over the incident. He also gave money to the victims.

As a sign of respect for the untimely death of Fatou Sanyang, the scheduled meeting for Bwiam on the 2nd December 2019 as part of the President’s Meet the People Tour has been cancelled, State House said.