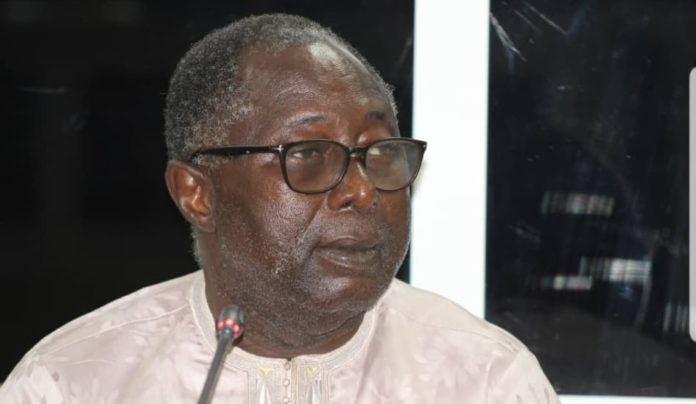 As I was getting ready to rest my head on my pillow and allow my brain to shut down yesterday before going to sleep, I received a notification on my phone from YouTube recommending for me to watch Babadinding’s testimony. It was 10:45PM. A feeling of utter disgust immediately came over me and I literally said “fuck Babadinding!”

I had watched his lies all day yesterday and how he betrayed an entire nation, just to satisfy Goloh. According to the scumbag, it was all about his family, so he became a first class coward and allowed Goloh to use him like a child, to carry out the gross injustice Gambians suffered for 22 years. He said that Goloh insulted him and nothing he couldn’t do about it. If you were looking for someone whose dignity and self respect is in the gutter, then congratulations, you found Babadinding Jobateh Lawyaa Baa!

I find Babadinding to be without even a remote sense of honor, dignity or courage; and these traits may be irreparably imbued in his soul. I frankly don’t even think he has enough sense to be embarrassed about his lack of ethics as a Lawyer, Judge, and Minister of Justice. In fact, he seems oblivious to what he did wrong and doesn’t know what he should apologize to Gambians for. Imagine that! Not even divine intervention can help him.

With his justification of the killing of the 9 Mile2 inmates, Babadinding fully participated in the planning and execution of the murders. He should be disbarred and the families of the murdered inmates should file civil lawsuits against him for the planning and execution of their loved ones! There is no statute of limitations for murder, and I hope he gets changed and tried for the murders, even if he is a hundred years old. What a wretched soul!

The writer, Momodou Ndow, is based in the United States.