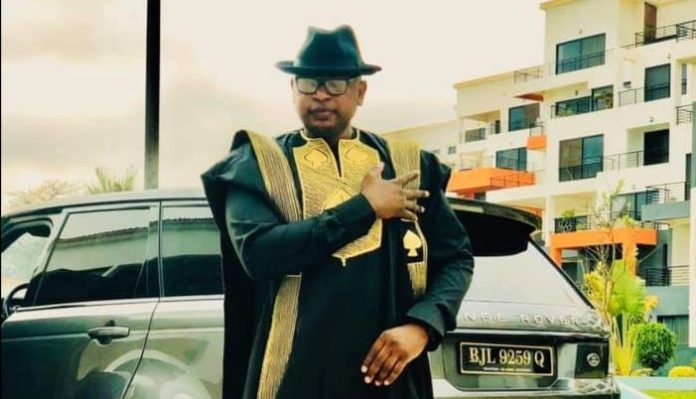 There was mild drama at the high court on Thursday when a man told the court he no longer wanted to serve as a surety to businessman Alasan Ceesay.

Mr Ceesay was in court on Thursday over an ex-parte application filed against him by EM KAY Stores. Lawyers for EM KAY Stores are asking the court to ensure Mr Ceesay furnished the court with sufficient security that matches up to 19 million dalasis Ceesay and his Rahma Gambia Limited company allegedly owes the company till the case’s end.

On Thursday, the case came up at the high court in Bundung but was quickly sent back to the courts’ registry. The registry would now hand back the case to the judge assigned the case when the courts resume next month.

Ceesay’s lawyer Lamin Camara told The Fatu Network there is a conspiracy around the businessman.

The top lawyer said: “That guy who came to the court and said he wants to withdraw his bail, he’s lying, he’s not a surety. He has never ever deposited anything for Alasan.

“Something is going on that meets the eye. There is a conspiracy going on in this country right now. There are out to destroy this young Gambian investor in this country and that is totally unacceptable and we will fight. We will fight fair and square at the courts.

“You could easily tell the conspiracy, you could see people talking to each other, talking to the adverse party about the withdrawal of a security deposited for the man’s bail.

“The guy who came to court did not deposit any [bail]. As far as we are concerned he has put in adequate security. You have Gambians who are calling the other sureties and telling them, ‘this man is going to run away, go and withdraw your title deeds’. We’ve got those reports here.”

The Fatu Network understands two sureties are involved in Mr Ceesay’s bail of over 19 million dalasis.

An affidavit filed by the businessman’s lawyers and seen by The Fatu Network shows Ceesay swearing he has no intention of fleeing the country and that he has other businesses worth four million dollars.