Ahmad Gitteh attacks Essa Faal, says he saw him as man with ulterior motive from the start 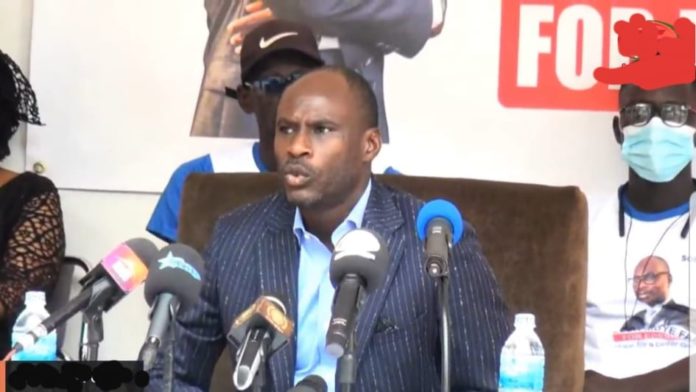 Prominent NPP member Ahmad Gitteh has stuck the knife into Essa Faal saying the former TRRC lead counsel had an ulterior motive from the beginning.

Speaking in an exclusive interview with The Fatu Network, the sharp-tongued Gitteh went after Mr Faal over his visit to the victim centre.

Gitteh said: “Essa is the number one spoiler of this TRRC. Because the fact that Essa Faal paraded himself as the lead counsel, a man that is supposed to be neutral between victims and perpetrators, Essa’s stance, Essa’s personality is very critical in what happens when it comes to the outcome of this TRRC.

“Now I as a supporter of President Adama Barrow, I am seeing Essa as a man with an ulterior motive from the beginning. He has used it as a political platform and in fact treating certain individuals in some very terrible way.

“We have some lawyers here who went to the TRRC, that helped Jammeh a great deal. The way Essa treated them… Some of them, he did not even want to be at the panel. The Essa we know would always go for the big fishes. Any time there is a critical person, any time there is an important person who played a huge, Essa would be the one to take the seat.

“We had a former justice minister here, Essa was no where to be seen. We had a very very powerful person here who helped, drafted six decrees and gave some very powerful guidance to the junta, Yahya Jammeh and his men. Where was Essa? He ran away to Dakar. For the fact he has declared his intention [to run], I said ‘Essa, you have destroyed this TRRC. And it’s a big big issue.

“Essa Faal defended war criminals, so if Essa Faal is talking about morality. You have defended people who when you combine have killed almost a million innocent souls. That’s not a problem in morality. You’re coming here and bragging about Yahya Jammeh facing justice?”