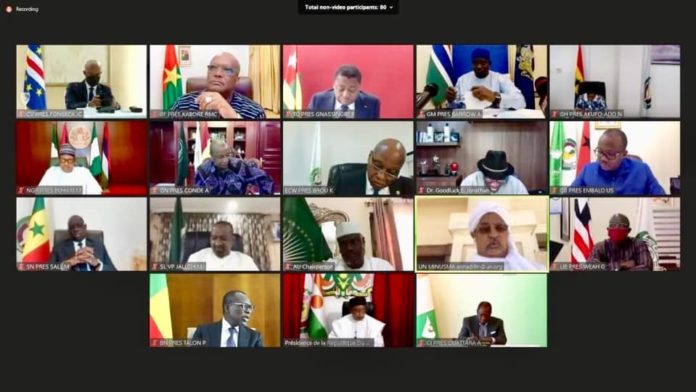 Ecowas leaders are playing a chameleon game in Mali’s crisis and this is how they will keep failing in addressing problems in the sub-region. Ecowas leaders know very well that demanding reinstatement of Keita was going to be “FIGHTING A LOSING BATTLE” and last week’s talks between them and the Malian Junta has proven the INCOMPETENCY of Ecowas leaders in handling any problem within the region with maturity and professionalism.

I doubt whether those leaders really know how to exercise diplomacy in crisis management. They quickly announce coercive action in situations that need only frank diplomacy.

And all Ecowas leaders are being silent over this damning issue. All they would be doing is when the matters go out of hands – when bloodshed starts – then they will start bombarding people with meaningless statements in condemnation.

As much as Ecowas leaders don’t start to be proactive in addressing problems in the sub-region on time – they continue wasting resources meaninglessly.

For instance, some members in the delegation of Ecowas of leaders who were to hold mediation with the Malian Junta are not qualified and competent to mediate for any democratic change, because they are incompetent. Some of them are bidding for a third term which is in violence to their nation’s constitution.

If Ecowas wants to be in charge of the situation in the sub-region -then they MUST start to operate in HONESTY and CANDOUR, and stop playing CHAMELEON GAME.

Finally, let me highlight a few reasons for the cause of the coup in Mali. I totally reject wrong acts and I am totally against coup in Mali and anywhere it happens. But in the case of Mali is a different ball game which many people failed to know and understand.

Mali is a country which has been riven by Jihadists insurgency and ethnics violence since 2012 – that resulted in the massacring of thousands of innocent Malians and non-Malians.

Precisely, the coup in Mali is as a result of bad leadership which embodied corruption, incompetency and lack of sense of direction. Former President Ibrahim Boubacarr Keita is a man who despite serving in the Malian government for years, couldn’t and in fact cannot solve the crisis in Mali. This is the hard fact.

The writer, Adama Makasuba, is a Gambian journalist.

MADI JOBARTEH – OPINION: A Historic Duty is Before National Assembly Members: To Fulfil or Betray