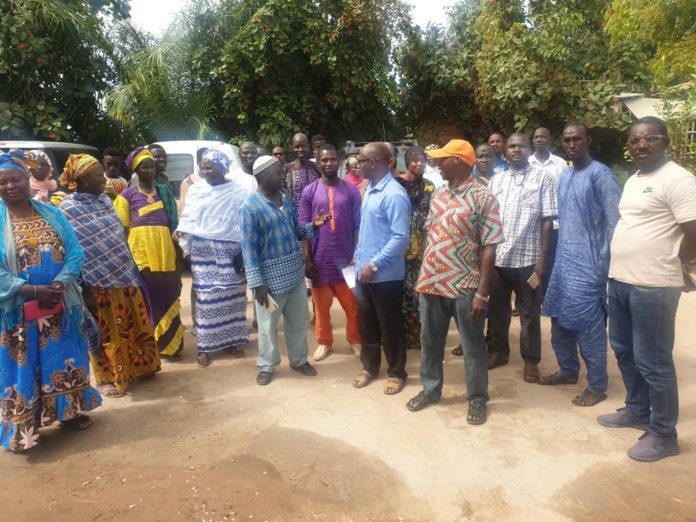 A group comprising ‘about 50’ people from Fass in Lower Nuimi led by Omar Corr on Saturday met GDC leader Mamma Kandeh and told him they are joining. They claimed to be NPP supporters.

NPP top official in Fass Njaga Choi Mustapha Joof told The Fatu Network the claims were exciting laughter in him.

He said: “This is making me laugh. The people saying this should also say what position they held in NPP to the extent they’re cross-carpeting. The whole of Lower Nuimi including Fass used to be Mamma Kandeh (GDC).

“So for people to get up and say they are cross-carpeting to a party they have been supporting would amount to paranoia. They do not hold any role in any committee of the party be it village or ward.

“The people that left here were five people. They were to other villages and took people who are Mamma Kandeh [supporters]. They said they are going to Mamma Kandeh to ask him to help Fass with a borehole. They’re just saying whatever they like.”

“I cannot fathom, and I can’t believe that a party that is busy setting up its executive members and we have been who are cross-carpeting from the NPP to the GDC. That is false, that is a child’s play. Even a six-year-old child will never believe people will leave the National People’s Party to join a dying party.