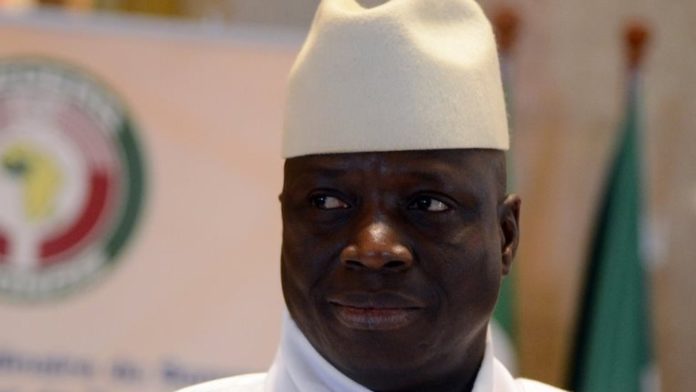 The biggest topic of discussion this past week had no doubt been the much anticipated address by former President Yahya Jammeh to his embattled APRC. While what he was about to say could have been easily anticipated considering the fact it was the faction against the coalition with the NPP that had been mobilizing people for the address, but it’s impact on the APRC and it’s much-hyped coalition with the NPP was not quite obvious.

While several people have given different reactions to Babili Mansa’s rejection of the proposed coalition with the NPP, but what he seems to have succeeded in doing is to virtually dismantle the APRC. While there is no doubt that President Barrow’s own reputation had been dented in the process, especially when he defied public opinion and went to visit the former dictator’s family in Kanilai, appearing to ignore the plight of the victims, but the biggest loser in the whole imbroglio is no doubt Babili Mansa himself and what had been left of the party that ruled this country for more than two decades. He did not only succeed in splitting the party right in the middle and making it almost completely irrelevant in the Gambian political terrain, but he has also seriously destroyed the high reverence that he was held by many of his supporters. We have all been witnesses to how most of them had been worshipping him like a god and referring to him as the Supreme Leader, making him the only other ex-leader with such a revered title after Kim Il-sung of North Korea.

However, after his rabble rouser address in Kanilai last week, a majority of those who used to worship him are now publicly trying to distance themselves from him. These include some of his most obedient “Bai Faals” like Colonel Samsudeen Sarr and Ebou Jallo, as well as members of the APRC national executive committee, who had always given the impression that they were ready to do anything in order to defend his honour and reputation. We have also seen how some of his lieutenants like Dr. Njogu Bah, who were so scared of him, suddenly coming out of their holes to pledge allegiance to President Barrow.

Therefore, one would also tend to ask where the address has left the secretive agreement signed by the APRC with the NPP in which we have been told that granting amnesty to Babili Mansa and disregarding the TRRC report were among the top agenda items? Now that its proponents have denounced their Supreme Leader, should we expect a revision of the agreement? We cannot now imagine those same people still demanding that Babili Mansa be granted amnesty or the TRRC findings against him be thrown into the trash bin when they no longer revere him as their Supreme Leader.

This is indeed why it is said that in politics, even a day could be quite long. A few days ago, people like Fabakary Tombong Jatta, the interim APRC leader, his deputy Ousman Rambo Jatta and others like Col. Samsudeen Sarr and Fatoumata Jahumpa Ceesay were hero-worshipping Babili Mansa and even ready to die in order to defend his honour and legacy, but today, they are doing everything possible to distance themselves from whatever he stands for.

After the Kanilai address, most political pundits have come to the conclusion that instead of harming President Barrow’s chances in the elections as what the address was no doubt intended to achieve, Babili Mansa ended up shooting himself on the foot and in the process, shattering his very own legacy amongst those who were hero-worshipping him. It appears that, as typical of Babili Mansa, he never sought any advice from anyone before arriving at a decision to address his supporters because from the negative reaction, it would have been much better if he had maintained his silence and left everyone guessing what his position was on the APRC/NPP coalition agreement.

Therefore, even his claim that he has replaced the APRC executive with people of his choosing showed how out of tune he was with the reality on the ground. Does he really have the power and authority to replace an executive committee that was elected in a party congress that was sanctioned and approved by the IEC? That certainly was the height of arrogance and self-delusion.

Even his decision for the APRC to form a coalition with the Gambia Alliance for National Unity (GANU) which virtually exists in name only, was another death knell on the coffin of the APRC. One would really wonder what he hoped to achieve by such a decision when he knew quite well that it could only quicken the demise of the APRC.

Of course FTJ and his executive committee can continue to maintain the symbols of the APRC and make Babili Mansa’s new executive irrelevant, but the reality is that the APRC as we know it, is just as good as dead. All that they would now continue to hang on to is their nostalgic glory.