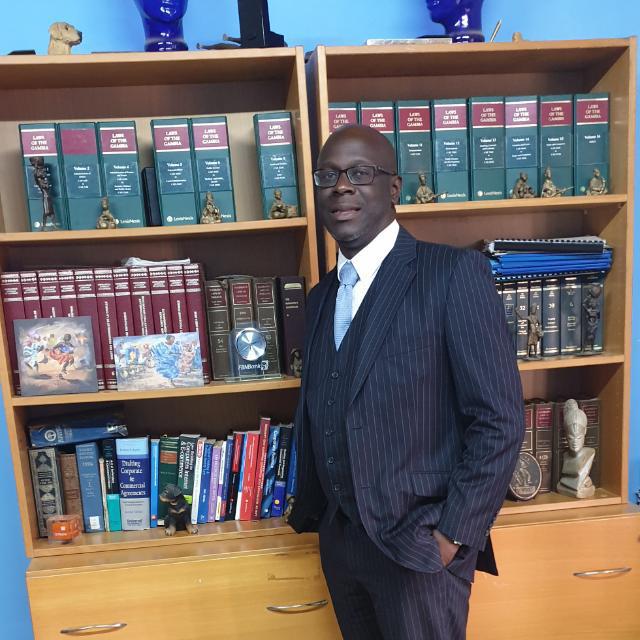 The Gambia Bar Association is seriously concerned by the recent Executive decision purportedly revoking the nomination of Hon. Kumba Jaiteh as a National Assembly Member. This decision was conveyed by a letter referenced PR/C/66/VOL.4/(66-EOC)and dated the 25thof February, 2019   from the Office of the President and signed by the Secretary General, Head of the Civil Service.

The Gambia Bar Association is of the strong opinion that the Executive decision purportedly revoking the nomination of Hon. Kumba Jaiteh is not in accordance with our Constitution. The power vested on the President by section 88(b) of the 1997 Constitution is limited to the nomination of five (5) National Assembly Members. Furthermore, there is no provision in the Constitution that grants the   President, the power or authority to revoke, dismiss, terminate or end the tenure of a nominated or elected member of the National Assembly.

It is pertinent to note that a nominated member of the National Assembly upon taking the prescribed oath, enjoys all the rights, privileges and protection afforded to all members of the National Assembly. Therefore, the only legal grounds upon which a nominated National Assembly Member can be removed are stipulated in sections 91 (as amended) and 93 of the Constitution. In the circumstances, the Gambia Bar Association considers the Executive decision purportedly revoking the nomination of Hon. Kumba Jaiteh as unconstitutional and ultra vires.

Furthermore, we wish to draw the attention of the Executive to the fact that a National Assembly Member is not under the purview of the  of the  Executive by virtue of section 166 (4) (a) of the Constitution which is reproduced below;

“In this Constitution, an office in the public service does not include-

In light of the aforementioned, the Executive acting through the Secretary General and Head of the Civil Service, has no jurisdiction over any nominated National Assembly Member once they are sworn into office. To this end, the purported revocation is functus officio.

The Gambia Bar Association strongly advises the Executive to take cognizance of the sacrosanct principle of the separation of powers and respect for the rule of law. The powers exercised by the Executive arm of government, like other arms of government (Judiciary and Legislature) are subject to the limits set by the Constitution.

We therefore urge the Executive and those acting on their behalf to desist from preventing Hon. Kumba Jaiteh from discharging her duties as a member of the National Assembly.

For  the Gambia our homeland.

Share
Facebook
Twitter
WhatsApp
Linkedin
Viber
Previous articleThe President Has the Power to Revoke the Appointment of Nominated Members of The National Assembly
Next articleOn Due Process and Professional Conduct: Letter to the Bar Association’s President