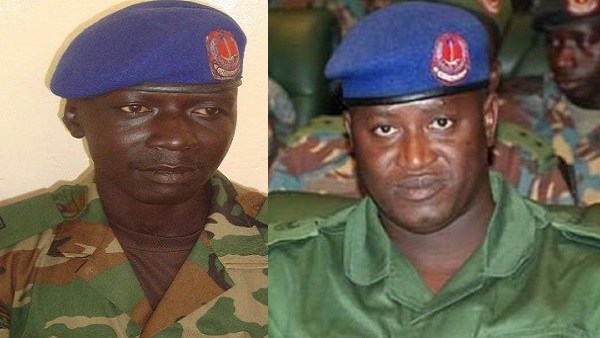 Former members of President Yahya Jammeh’s killer squad, the Junglers, have acquired new identities with kingpin Sanna Manjang now called Yaya Badgie, The Standard has learned.
Manjang, indicted for several murders and torture by Gambian authorities, has been based in Guinea Bissau since fleeing The Gambia following the defeat of Jammeh at the polls in 2016.

In 2018, a report tracking the activities of 21 Junglers in Bissau was submitted to the Gambian authorities in Banjul.

The report stated that Manjang has now left his Bissau Bairro Militar residence and moved into a more luxurious house but did not give location.

“They seem conveniently settled and they are now receiving visitations from spouses, relatives and friends from The Gambia and elsewhere,” the report stated.

The report also claimed sometimes the transactions of the Junglers were facilitated by the Bissau officials who provided them sanctuary.

On 1 August 2017, Bora Colley returned to Bissau from Dubai with a new Gambian passport he has acquired.

Meanwhile, the report also highlighted the tenure of the 8km square land in Gabu region of Guinea Bissau in a village called Madina, which was given to Jammeh in 2014 and is overseen by businessman Mamadou Selieu Diallo.

Commenting on this report, an intelligence and security analyst speaking on condition of anonymity, observed: “If anything, the report has shed light on the fact that as far as security of the state is concerned, we are not out of the woods yet.”
He said although the SIS “might be on top of its game”, they “cannot afford to bat an eye; they must look at the belly of the beast in the eye 24/7”.

The SIS authorities were not available for immediate comment on the matter by the time we went to press last night. (Standard newspaper)