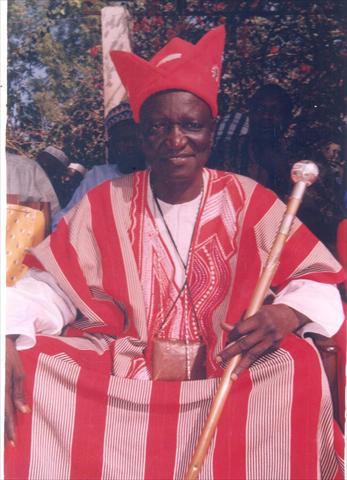 The former Paramount Chief of The Gambia, Demba Sanyang was Saturday, September 22 laid to rest in his native town of Lamin at 5pm.

Baba Demba as he was commonly called worked for many years at the State House, as a personal orderly of the former president, Sir Dawda Kairaba Jawara. He used to maintain the household of the first families, a job he held till 1994. His amiable nature and honesty endeared him to all those who interacted with him.

He held a similar position at the Prisons Department, where he supervised daily purchases and rations. That was his last job, before he was appointed Chief of Kombo North. He made quite an impression on the former president, in that position, and that was what prompted his appointment as the Chief of all chiefs in the country.

He was coronated in 2007, to much pomp and fanfare. He excelled in his role, making a name for himself, as a unifier, as a steady pair of hands in hard times. His health started failing in 2017, particularly his vision, and he resigned his position, as a result.

Mourners at the funeral speak of a man who had time for everyone, rich and poor alike, and was very generous. Alagie Babou, a childhood friend of the former Chief lauded him as a patriot, and a great family man.

He is survived by a wife, and ten children. This is not a loss for only Lamin, but the whole of the country. A grieving sister we spoke to cried.

He was laid to rest at the Lamin Cemetery.